We got the blood test results back, we are seriously expecting babies this fall… 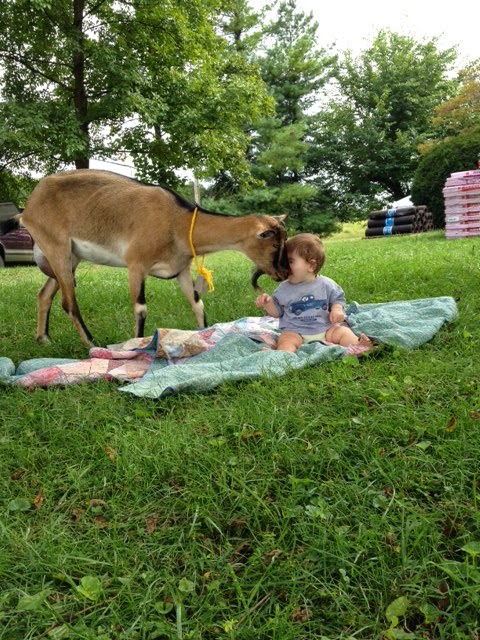 goat kids- you thought I was pregnant again didn’t you? Sheesh!

Anyway, On labor day a vet friend came out to draw some of our doe, Poptart’s blood for us. We wanted a pregnancy test for her because lots of things depend on a pregnancy… and we really suspected a pregnancy.

We weren’t intentionally breeding them but it was inevitable. Poptart has a younger breeding buddy, Clay. He was born this spring, she is a few years older. We bought them at the same time and planned to house them in separate pens. We knew our buckling would become sexually mature this summer but time and available resources haven’t permitted us to split them up, yet. We’ve been drinking “bucky” flavored milk and knew we Poptart would likely end up pregnant. We just didn’t think it would happen so fast and without much trial and error!

We did witness Clay trying to breed Poptart, it was the first display noted and it has apparently gotten the job done. Poptart is over a month bred now, blood test confirmed.

Now we’ve got a fire under us to tie up our kidding loose ends (kidding = goat’s having babies). We’ve been planning to build a “kidding barn” from pallets. We have the pallets and the plans… just need to make time to construct it… So far it’s about a third of the way done.

Next we’ve got to dry up Poptart. You see, milk goats like a milking rest before having babies. Lots of growth happens in the last two months of gestation and a pregnant doe needs all the nutrition she can get to help those kids (baby goats) grow. Did you know a single goat doe can have anywhere from 1-5 babies at a time? Our goats were both twins themselves so we are planning for multiple kids just to be safe.

Clay isn’ so excited, he just wants to put the moves on something and Poptart is SOOOOO not interested. He’s even taken to trying to mount us among many other mischievous things- like sleeping on the picnic table & swinging with Adalyn… 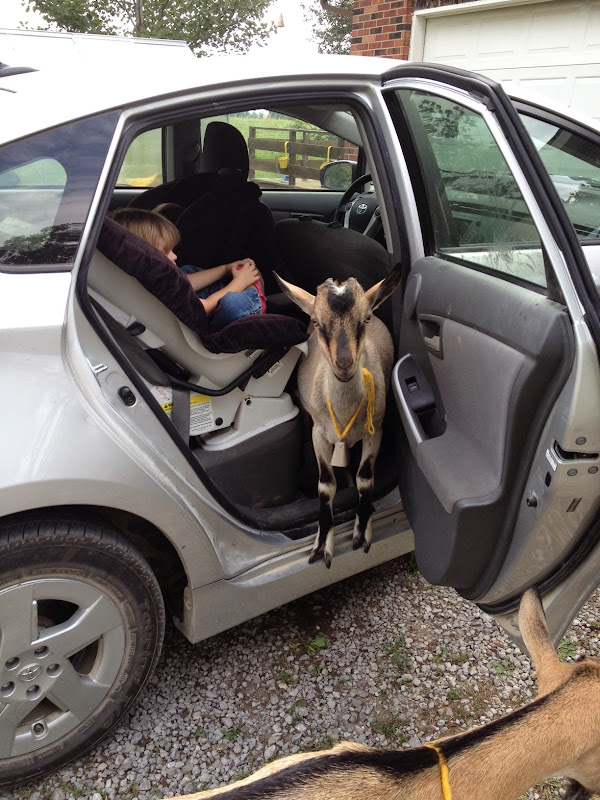 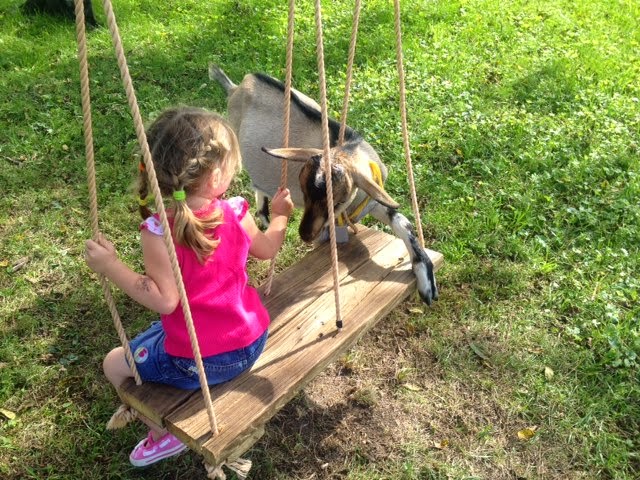 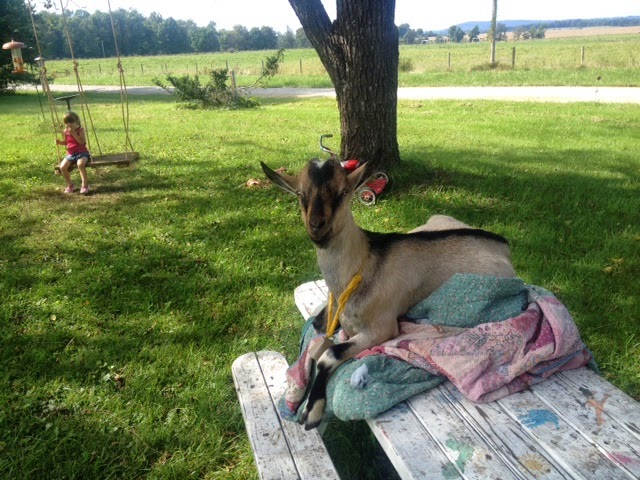 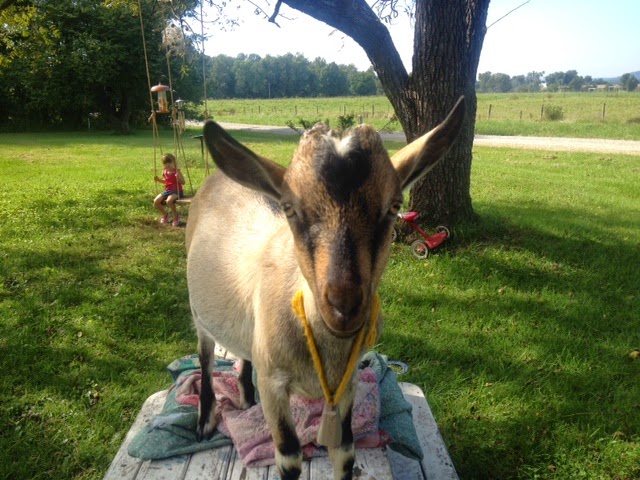