We are almost a week into goat ownership right now and we are loving it. We got our milker, Poptart, on a slightly later milking schedule so we aren’t quiet as tired as initially in the first few days. Yay!

As newbie goat owners, we’ve had a few scares. The first one was when Clay, our buck, knocked his scur off on the fence… Okay I better back up and explain the goat terminology first…

A “Buck” is a male goat and a “Scur” is a janky type horn that has grown after the real horns have been removed, disbudding is the removal of the horns.

The scur bled and was alarming to us. I worried about flies and maggots getting in there and had to quickly learn when and how to treat the injury. Luckly, Clay’s bleeding wasn’t really that severe and it clotted and stopped on it’s own. All I had to do was make up my “go to” sealing paste for the wound to keep maggots and flies out of it. 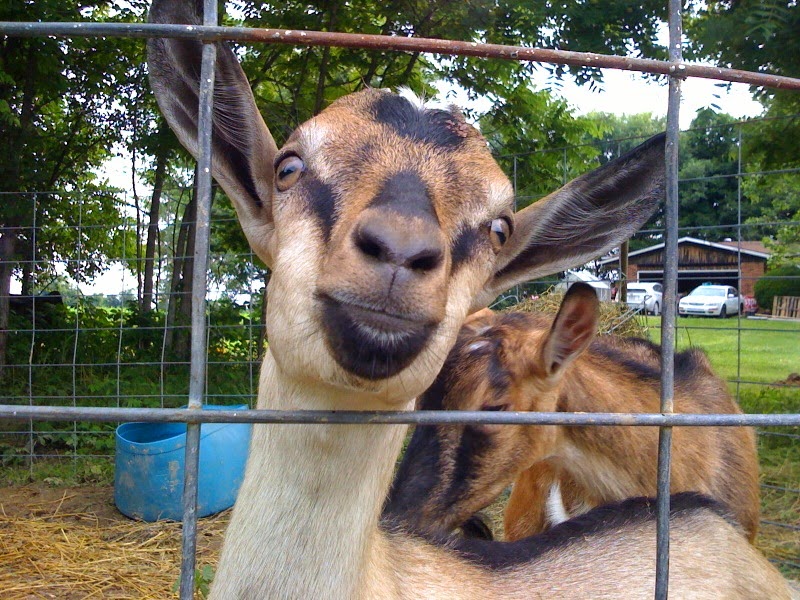 Our second scare has been the rapid decline of milk supply in Poptart since brining her home. She was giving about a gallon per day, over the span of two milkings. So that is basically 2 quarts of milk per milking. Below you’ll see what we got the morning after we brought her home. This was from her first milking post-move. It’s just shy of 2 quarts. 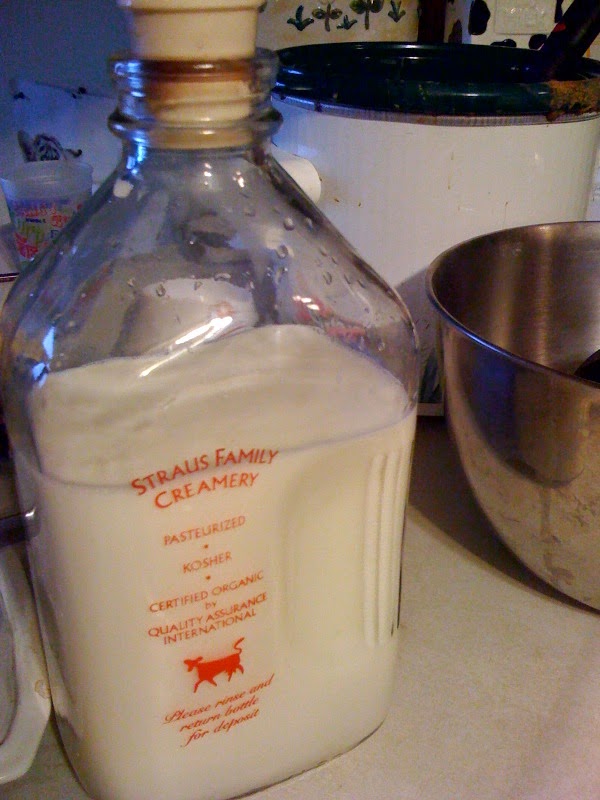 Of course stress can cause milk supply to decline, so we knew the bringing her to our home would be supply impacting.

We took great care to buy the feed that she was already getting as to not disrupt her diet too much but the food we had was pretty much being rejected by her. Heck, she even stopped drinking water in the beginning.

We went from almost 2 quarts per milking to something like 1/2 a quart per milking. It was worrisome.

It seems like the type of alfalfa makes the difference in milk supply. We initially bought a bale of alfalfa from the store. She’s not a fan… but the alfalfa pellets we grabbed (with the highest protein content we could find) are more interesting to her.

Now that she’s less stressed, eating pellets in addition to her bale of alfalfa and being left to graze around the yard most of the day, she is back up to giving us closer to 2 quarts a milking.

While her supply was low it sure was different to milk her though. Teats aren’t as firm/ full when the supply is lower and… It is sure harder to control a limp teat. I can see that now that her teats are filling more again ;P
I never in my life imagined I’d be remarking about limp teats in a blog post! LOL.