Before I became a turkey owner:

Right now our turkeys are too large for their brooder, but too small to live out with the chickens… and we move in a week… so our current turkey run setup isn’t very high tech or secure. As a result the juvenile chickens keep getting in the turkey run and somehow the turkeys keep getting out and mixing with the chickens. This mean our turkeys are getting pecked each morning until we come out and separate them again.

This morning was particularly bad. One of our Bronze Broad-breasted Turkeys was quite bloody and is missing most of the skin on the top of her head! I came inside and told Nathan, “looks like I’ll be whipping up some kind of healing salve for the turkey’s head today in addition to packing up the house!”. It truly is NEVER a dull moment around here.

So, the injured turkey is confined and I’ve rinsed her wound out. She’s not happy to have it rinsed, she’s rubbing it on her back feathers while also scratching it with her foot. It appears to be really bothering her. I’ve got to run Everly to school, then I can come home to rinse the turkey again and figure out how to make a wound dressing for her.

I’m thinking I’ll make a clay wound dressing with bentonite clay and some essential oils to keep it protected, though I doubt it will say on her head since she’s scratching so much.

In other turkey news, we are “tom watching”! Basically we are pondering the sex of the turkey poults. It’s getting to the point that through observation of appearance and behavior, you can begin to figure out which are male and which are female. This tiny tom is posing for you… Are you impressed? 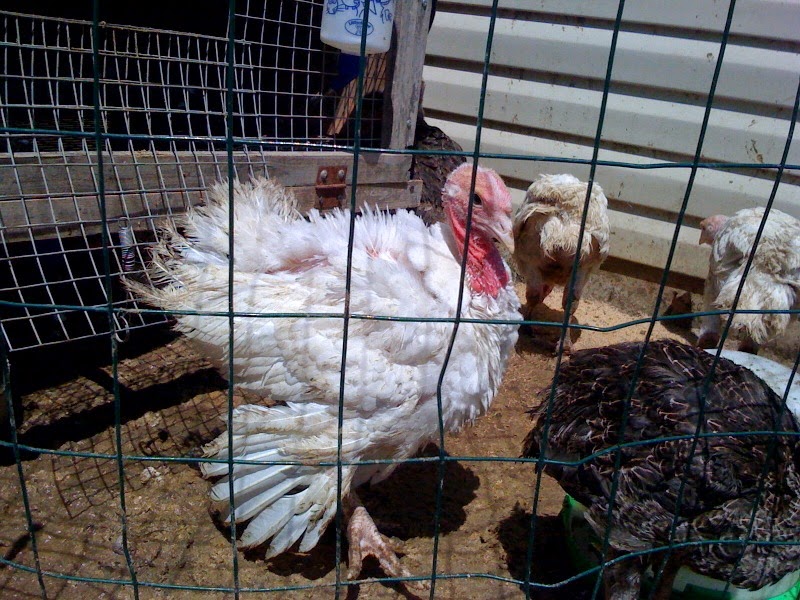 Addie was impressed! Note: you can see the injured bronze’s head just in front of the tom in this photo. 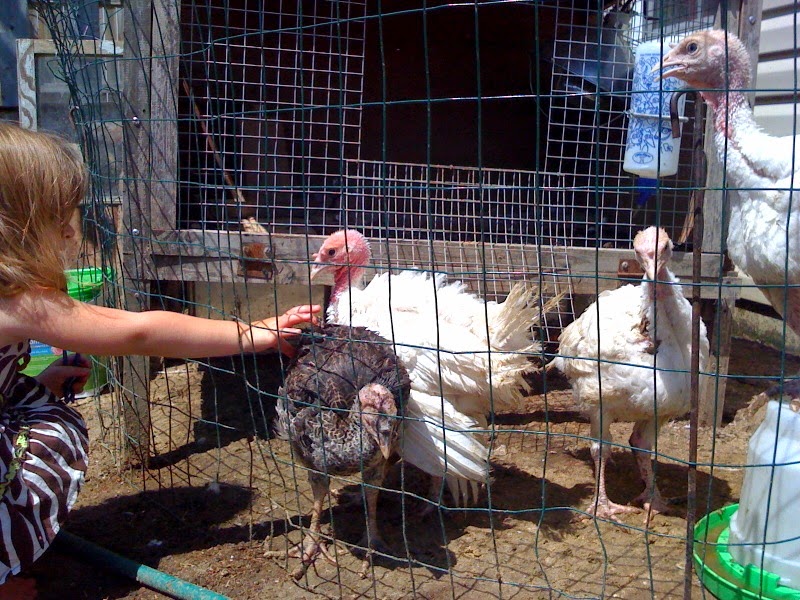 I went ahead and let some of our neighbors on Facebook know that our roosters would be gone soon. I figured the unmistakable crowing from one rooster plus the somewhat mistakable crowing of the other three are getting some neighborly attention. What do you think? Please don’t mind the mess and the bald yard… 18 chickens & 6 turkeys will do that to a small space.


Can you spot the roosters in the video of our flock from this morning? There are four, a Golden Laced Wyandotte, two Leghorns and a Buff Orpington.

One thought on “Updates on the massive poultry flock in the tiny suburban backyard.”