The countdown has begun! We are moving away from city life and going to live in the country in 9 days. Things are wrapping up, Everly’s got her last three days of Montessori school this week and Nathan only has 8 days of work left. We are squeezing in last minute health appointments, play dates and running lots of errands all while trying to pack up our house.

The girls have been loading up on the perks of our current living arrangement. Time with friends, visiting their favorite places and soaking up all the joys of our current house. We have a bunch of tadpoles that we hatched from eggs in the sand table right now… they were caught from the pond out back and they are growing fast.

Everly has also been hoping to catch another turtle or two from the pond before we move. We initially caught, measured, observed, numbered and then released the turtles.

Update: We managed to catch TWO turtles and a frog later today! One of the turtles are one of the ones we numbered. She’s very excited. Here is a video of the fish bowl where our habitat exists for observation in our school room (disregard all the kid noise): 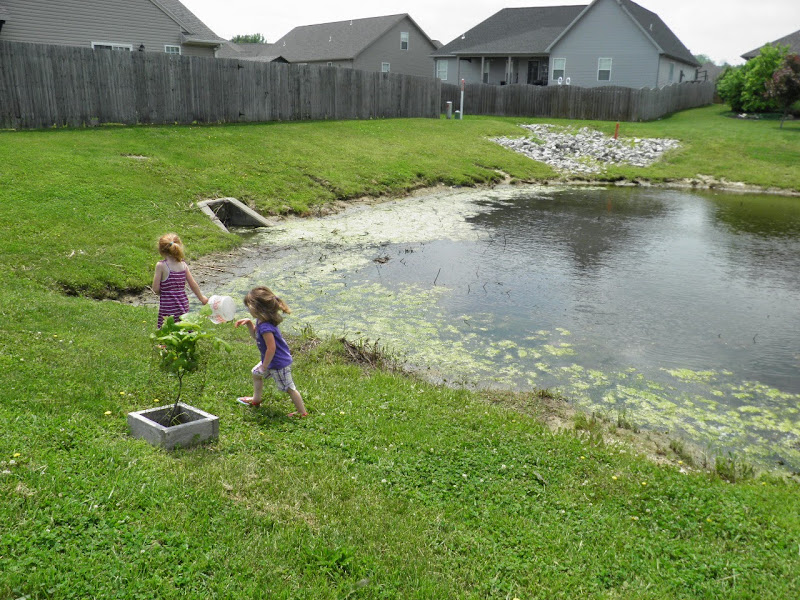 Adalyn is very involved in helping out around the house. She’s honing her motor skills with this. She’s setting the table, wiping things down, collecting eggs, feeding the chickens and helping me keep the turkeys fed, watered and safe from our large flock of chickens. Each day we observe the turkeys and chickens. We believe we have 3 or 4 roosters from the 12 new chicks we added to our flock. We’ve got 2 roosters that are crowing big time all the sudden, the neighbors probably want to kill us… but we’ll be gone in less than two weeks. We also have 2-3 toms out of our 6 turkey poults that were added this year. Luckily the toms aren’t making too many turkey sounds just yet. 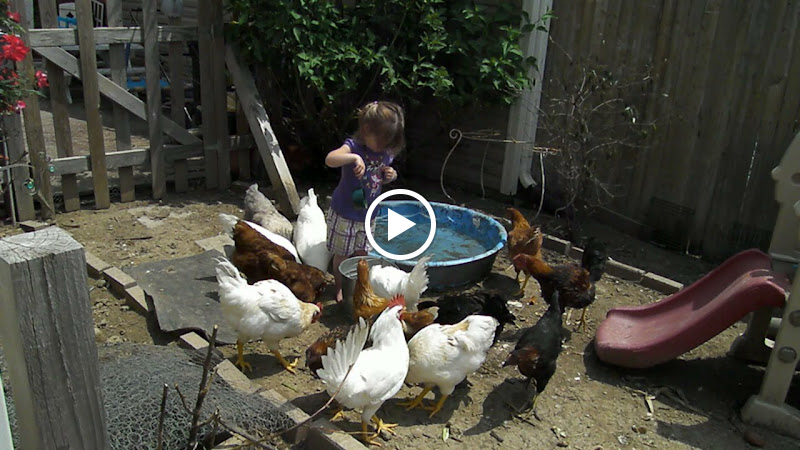 As you can see in the video the chicks aren’t really chicks anymore. The breeds of chickens are different and their sexes are interesing to speculate about.

Today the girls picked their first three strawberries from our garden and were elated, so much so that they wouldn’t eat them. They are saving them in the fridge. We also enjoyed some homegrown lettuce yesterday that they picked.