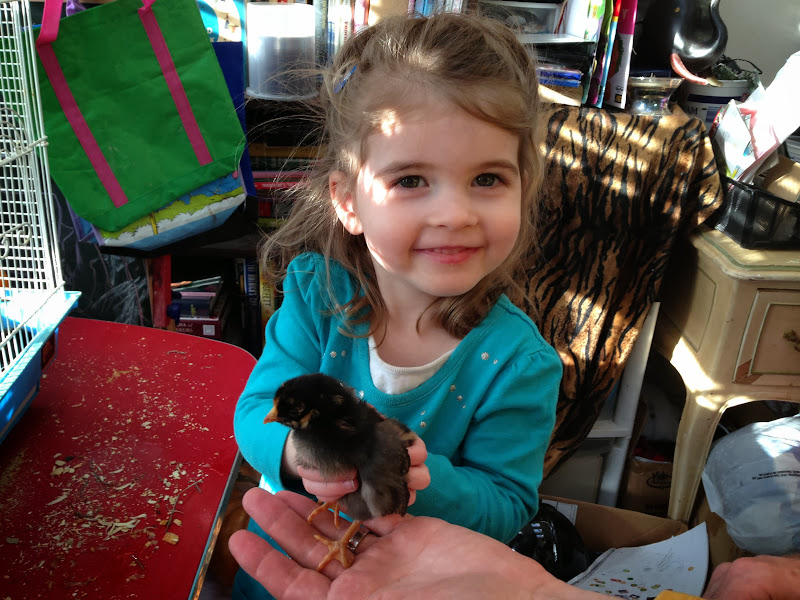 You may have caught the news in passing here or over on Nathan’s blog. We grew our flock of chickens this spring.

“We ended up bringing home a dozen chicks: 2 Buff Orpingtons, 2 White Leghorns, 2 Black Sex Link, 3 Amberlinks, and 3 Golden Laced Wyandottes. That will certainly grow our flock of 3 Araucanas and 3 Rhode Island Reds and hopefully really step up our waning egg production this year. Or, we’ll end up with a freezer full of roosters by the end of the summer…”

We got a screaming deal and added 12 chicks to our menagerie of homestead animals for next to nothing cost wise! If you want to know the details click the link above and read all about it on Nathan’s blog.

We are kind of “counting our eggs before they hatch” in terms of planning for space for all the chickens right now, our fingers are crossed that this house sells ASAP. Our existing flock of six plus the 12 new chicks brings us 18 chickens! Plus we just got 6 turkeys. Things might start getting real crowded with 24 birds if we don’t get out of here in the next few months…

For a few weeks we’ve had the chicks out of their brooder and in an enclosed run in the backyard. This allows them to socialize and begin to coexist with our laying hens, our backyard cat and our dog within the safety of confinement while they continue growing bigger. We’ve introduced new chicks to our existing flock like this a few times before. It works well for everyone.

Since last week we’ve had the beginnings of rooster crowing from two of the chicks, the White Leghorns I think. This means the chicks are about 4 months old at this rate, we got them 3 months ago from a store. The onset of crowing typically sends us preparing for rooster slaughter time, since we live like sardines here in our HOA governed subdivision… However, this spring is different. We are in transition!

Roosters can be quite aggressive to people and hens, they are also loud, obviously. Pending the house sale and the demeanor of the roos (roosters), we might be able to keep them and perhaps begin hatching our own chicks in the future! We shall see how things pan out. Can you spot the roosters below? There are two. 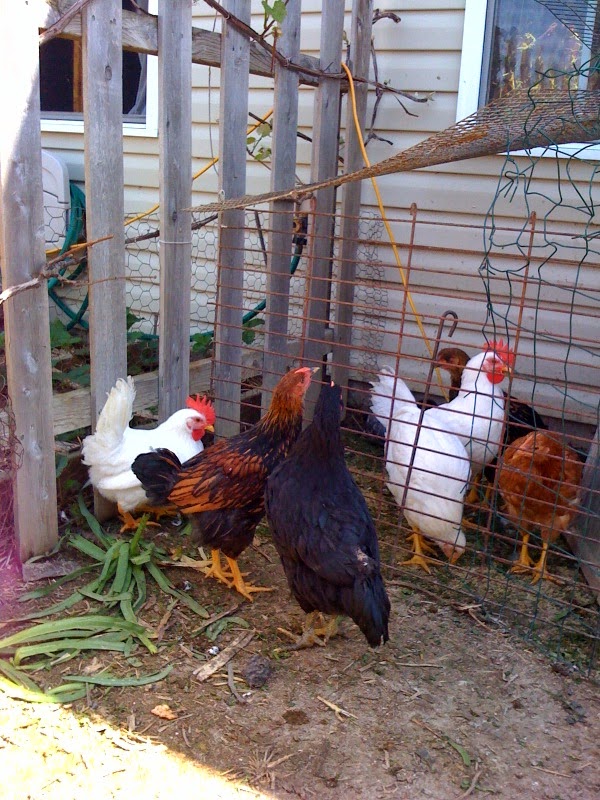 How to add smaller chicks to your existing flock

In light of the roo crowing and also based upon their current size and estimated age, me and Everly determined that we’d try to let the chicks do some supervised exploring outside their run yesterday. Existing flocks of chickens, even flocks of just hens, can attack and kill newly added birds- especially if they are smaller. When adding new birds to your flock you should always supervise them. 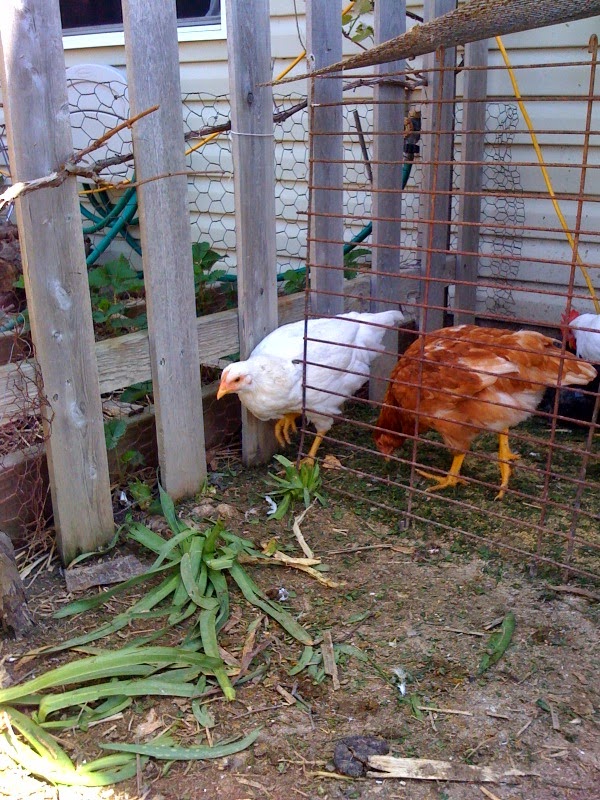 When it’s time to integrate, I like to set up the chick run so that their fencing is just open a small bit, enough for them to get themselves in and out on their own but not big enough for the existing flock of older hens to get in. See ——>

It’s super important that you let your chicks find their own way out of the run because it teaches them the way to get back in.

Moving chicks by hand could result in them lacking the knowledge to get themselves back to the safety of their run should they be attacked. Plus, if you move them by hand they will learn to wait to be moved back in by hand at night time or when they need protection… and if you don’t move them, well you know how that could end. Many times when birds don’t got back to the coop to roost at night, this is why. They simply don’t know the way back in.

When supervising and integrating your flock, know which birds are likely to be aggressive and be prepared to break up and fights right away. For us, our existing Rhode Island Reds are our more aggressive birds. They will jump timid Adalyn when she comes out to feed them, knocking the food from her hands and making her cry. Know that your aggressive bird(s) will likely go after your new chicks a few times to test the waters.

One of our reds was the aggressor this time around. A handful of times we had to go “shooo” her off a chick and then the chick would flee back to the safety of their own run. Each time the red managed to pluck a chick’s feather but since we were supervising and breaking things up right away the chick wasn’t hurt.

After just the one day of integrating, the chicks headed back to their coop at sundown, stayed there all night (with the fencing still open enough for them to exit) and they let themselves out to explore amongst the existing flock this morning without incident.

In the case of our flock, once the existing birds get used to the chicks they lose interest in them and everyone just coexists. I’m feeling pretty confident that the chicks have figured things out so I’ve reduced the supervision I’m giving. I’ll still leave the safety of their run up until the chicks are full grown since it gives them the ability to keep themselves safe should they feel the need.

Have you ever kept chickens? Do you have any great bird integration tips or tricks?