We found ourselves another milk goat, one in milk! I was getting pretty panicky after getting a confirmatory negative pregnancy test on our Alpine dairy goat recently.

Buttercup, our new goat, found her way to our home a week ago. Her two newborn kids also came along! I happened to see a craigslist post for a bred dual purpose goat who was about to kid… Just as I contacted the seller she was having her babies!

Anyway, we said we could take the doe and her kids for pickup over the weekend, if available. We were able to work out an even better arrangement with the seller, he even delivered the goats to us so that they would be moved in before the big winter storm.

Immediately after birth the breeder separated the kids (goat babies) from mom so they could be taken inside and they became bottle babies like many goats do. The winter weather was wicked during this time. We knew it was uncertain if the kids and their mom would reunite and take to nursing as opposed to being bottle fed upon arrival at our farm.

I’m happy to say, Buttercup and her twins are now stashed away in the garage, bonding, nursing and adjusting to us. Everly and Adalyn named Buttercup’s doeling Rose Petal and we think we’ll name the buckling Diablo.

So now our goat herd has grown from two to five and we have fresh goats milk again! 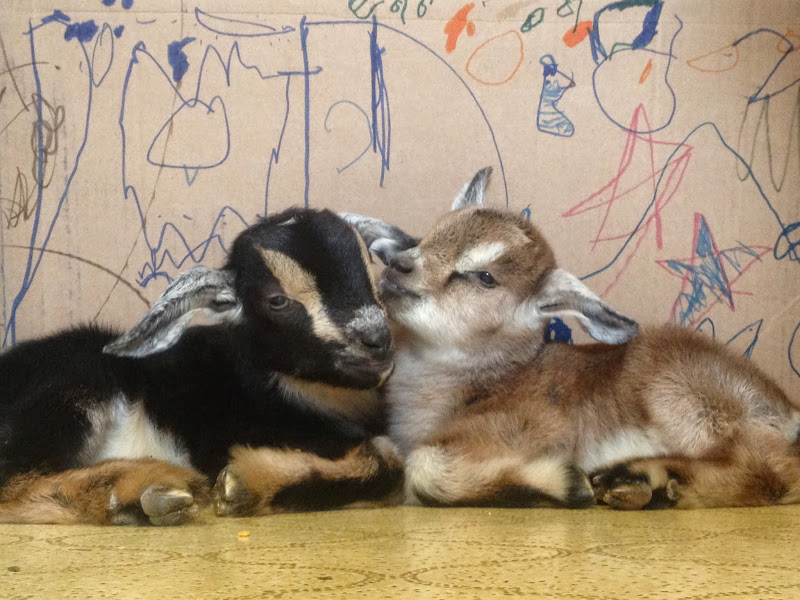 Anyone in Southern Illinois want to barter for some cattle panels or goat fencing?!