Things haven’t been dull or slow here. Sure we bought a clearance hammock to hang in a tree and the change of season is nearing but…

We’ve had a wet few weeks and our turkey tractor (aka the rolling poultry pen) has been flooded out twice. Last week a turkey became sick and died. I spent half a day quarantining and then nursing the thing. Later that evening, when Nathan got home to greet it, it died. The following day I buried it – can’t eat a possibly ill bird. Man, an almost full grown turkey needs a BIG burial hole! After digging a grave I had to administer apple cider vinegar to all the poultry but first old waterers needed to be dumped, sanitized and refilled. If dead turkey had a contagious bug we can’t let it spread to the rest of the flock… We currently have a flock of 15 adult chickens, 19 chicks (3 were hatched on the farm!) and 5 turkeys so the sanitizing and dosing took a bit of time. 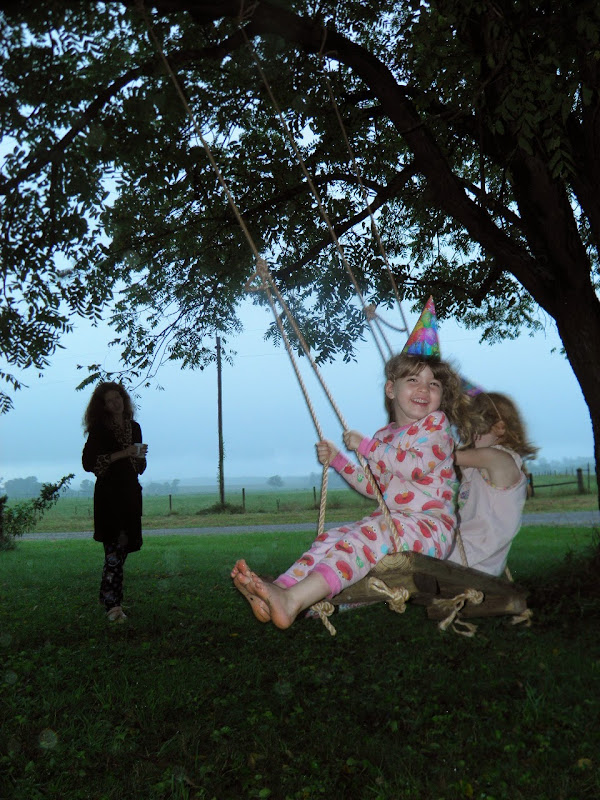 After the poultry nursing, sanitizing, monitoring and reconfiguring we had about 24 hrs before Adalyn’s birthday weekend (which also consisted of farm market selling, an ash spreading party (a celebration not a mourning) and Labor Day. We were supposed to attend a labor day picnic but the “managers special” salmon I made the day before landed us with food poisoning. Luckily, we are swimming in probiotics and fermented food goodness so it wasn’t debilitating or long lived.

Then we had more rain, lots more!  This time part of the goat pen flooded. Water isn’t good for their hooves so we let the goats free range. Lately they’ve been confined per warnings from the locals… deer hunting time is near and our milk goat REALLY looks like a deer from afar, we need a bright ribbon and cow bell for her to wear! Anyway, while the goats were out free ranging, they only seem to want to be where we want to keep them out of. Today it was the deck. Our buckling, Clay, put his head through a gate and essentially ripped his horn off trying to remove his head from the gate. Everly came in to report, Mom, it’s an emergency. Come see!” There was blood everywhere! We dumped cornstarch on the snapped horn to slow and clot the bleeding while we gave Clay treats.

It was fitting that a vet friend (who unfortunately doesn’t treat large animals) was stopping by to draw blood for our doe’s pregnancy testing. After the blood draw on Poptart we determined Clays bleeding was clotting so we left him to recuperate overnight. She was going to tie off the vein that was in the horn to stop the bleeding.

The next day, wind, chewing and walking was irritating Clay’s almost knocked off horn. It was now bent forward and hanging on by what seemed like a thread. We felt it needed removal, he was clearly suffering. The thing is, horns aren’t like fingernails. There is blood supply and sinus cavity in them. Removal can be quite bloody, unpleasant and could lead to infection. We wanted someone with a steadier hand and more experience than we had for this important job.

We were thankful that farmer Grover stopped by with blood clotting powder and his cattle horn snippers. Cattle horns and goat horns are different but the tools and skills are similar. After just 10 minutes or so one knocked lose horn and one intact horn were gone, for now. They’ll probably grow back though. It’s always something around here, different song and dance from time to time… but the music never seems to stop playing.

Since moving to the farm I’ve learned that its really not about managing or controlling, its all about adapting. The animals don’t obey or stay out of mischief (especially goats!), the weather isn’t predictable, the crops don’t always flourish (or they do and you have 300 lbs of massive tomatoes to move)… we certainly aren’t in control of anything. But knowing that fact sure helps us find more success because it makes us quicker on our feet and more clued in to subtle variations of the norm.

For now, while we are between fiascos, we’ll be to hanging the hammock and sipping some coffee while the kids giggle on Adalyn’s birthday tree swing!

By the way, have you seen us on the Land Connection newsletter this week? You can check it out here. 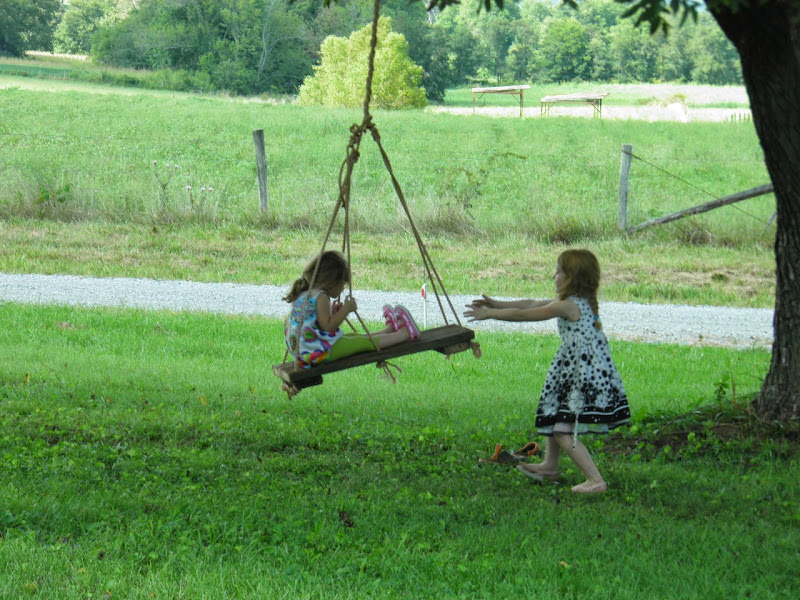 If you are curious about how poor Clay’s horn looked the morning after the horn break, before we removed them, here are some pics… They are graphic, beware. 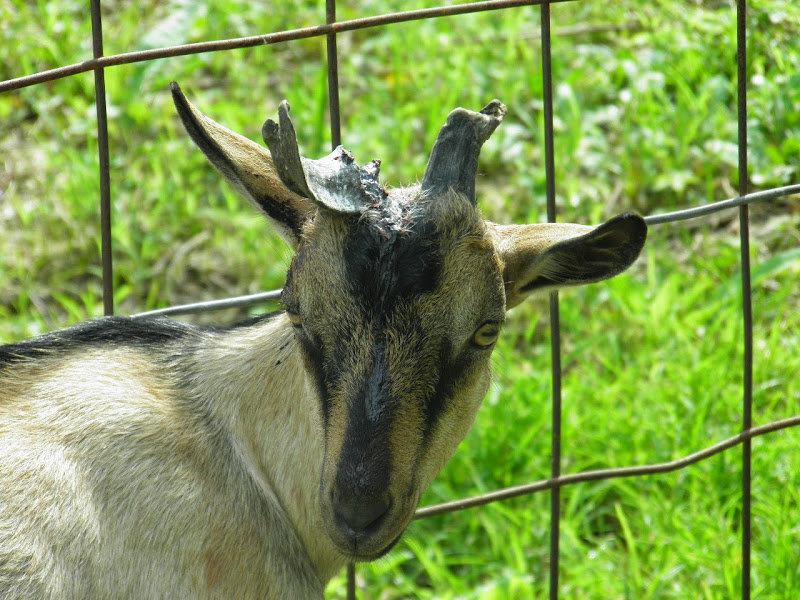 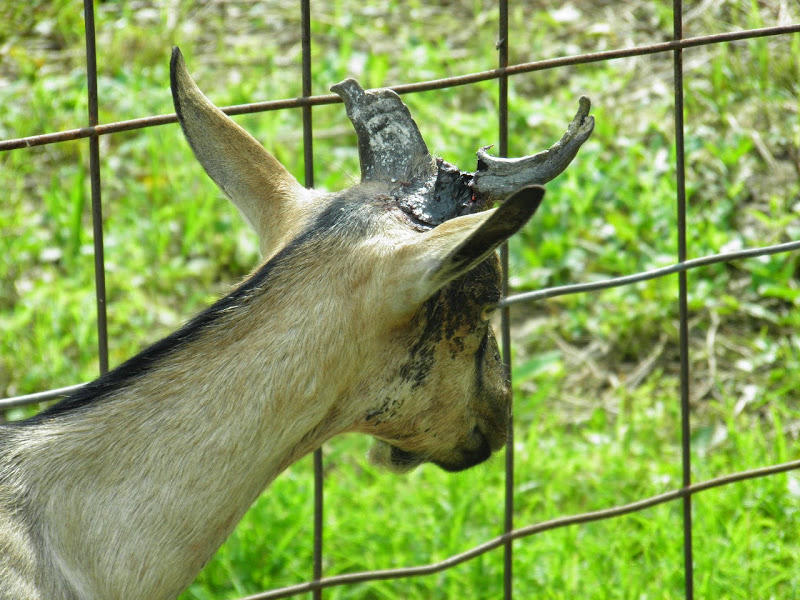