We’ve officially completed our first week on Tanglefoot Ranch. Its been a major whirlwind of activity but its been really great. Speaking of Tanglefoot, are you on our mailing list yet? 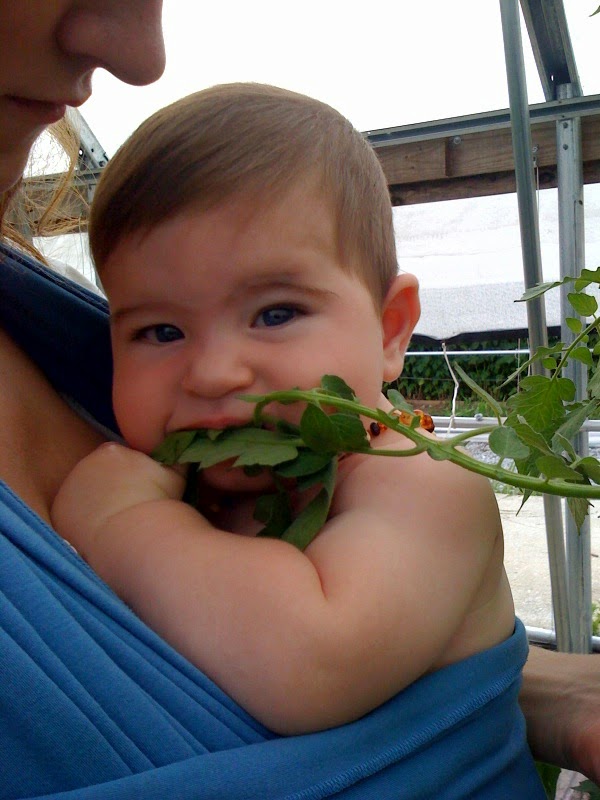 Seeds have been sowed, our future chicken/ garden space is being readied. I’ve taken over care of the 40 meat birds. Nathan learned to drive a riding mower, he helped repair electric cattle fencing, he has helped with tractor mowing. A dining room is being constructed near the farm’s big kitchen garden. There has been weeding, snake killing, tomato trellising and raspberry picking. We’ve learned the weighing of juvenile shrimp, Nathan and Everly have moved LOTS of juvenile shrimp from the nursery pools to their permanent ponds while a crew from RFD – TV shot some footage of the process.

We’ve learned of a cherry tree off our back deck and also spotted some tiny apples beginning to form on another tree off the deck. We also believe we have several maple trees that are tappable come spring. Time to gather tapping supplies!

We had a long day of moving over the weekend… again. We didn’t get all our stuff moved on the first round and we’d done zero cleaning of the old place so we made another trip over the weekend.We succeeded at arriving in Evansville at a reasonable hour but we failed at leaving at one. When pulled out of town with a loaded truck the Evansville sun was setting. That should have landed us home at 10:30 pm. Not ideal but we decided we were just rolling with the punches.Once we turned on our new home’s street, we were driving along the gravel road, thinking of arriving at home when things went very wrong. At first I thought Nathan had slowed the trailer or that the trailer was struggling to climb the hill we were on… then I realized the trailer wasn’t’ slowing, it was rolling backwards!

I hit the break, braced myself and the trailer slammed into the front of the Prius so hard it woke the kids and sloshed my water (that was in a cup holder) all over my lap. After the impact I engaged the emergency break and tried to make sense of what had happen.

Picture a seriously loaded up stock trailer, hillbilly style. Now pretend you are looking at it from behind – that was me. Now visualize it rolling backwards and slamming against your car causing your car to roll back a bit… Then it stops.

Once I was sure the momentum and motion had ceased I reassured my backseat full of panicked kids that we were okay. There was all sorts of crying and question asking. Then I call out my window to Nathan. “Hello? Is every thing okay up there because I think we are holding the trailer with our car.” It turns out the truck that was towing the trailer ran out of gas despite the reassurances we were given that we should have enough gas… oh and the gas gague is wonky and doesn’t provide an accurate read. Now we know. LOL.

The two lessons we learned are:

Word is that many poor unsuspecting souls have lost loads of things or control of their vehicles while on the hill we were navigating. And now we know better for next time ;P 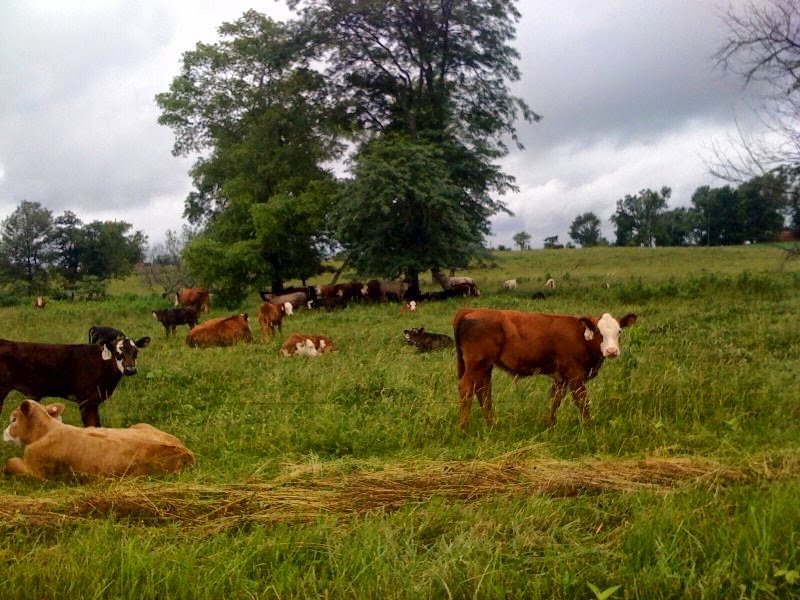 One thought on “On crashing and lessons learned during the first week of farm life.”